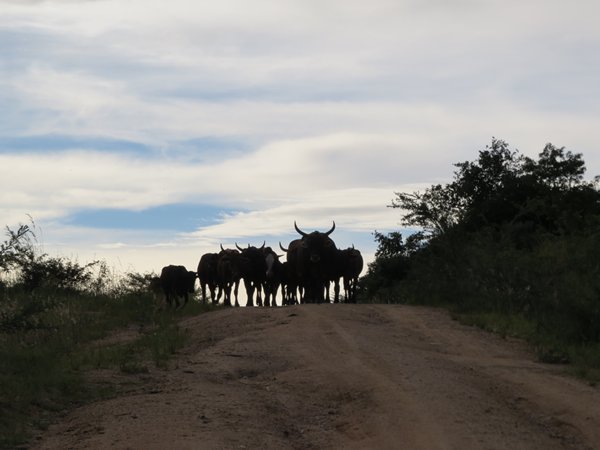 I am writing this letter on day 33 of Zimbabwe’s Coronavirus lockdown which has just been extended for a further 14 days. It’s a beautiful day in Zimbabwe, bright blue sky and warm sunshine and a palpable longing for life to get back to normal. For the last few days Zimbabwe has been officially declaring that there are 40 positive cases of covid 19; 4 people have died and 5 have recovered and 7642 people have been tested. For some unknown reason the number of positive cases has suddenly dropped to 34 and we are none the wiser as to what’s going on.  To put the numbers in context, the population of Zimbabwe is estimated to be 14.8 million.

In his speech extending the lockdown yesterday President Mnangagwa relaxed some of the conditions, allowing commerce and industry to re-open under specified conditions but not schools, churches, bars, bottle stores, gyms and recreational facilities. It is now mandatory for everyone to wear face masks outside of their homes. In his speech extending the lockdown and explaining the country’s “strategy and response to the pandemic,” President Mnangagwa listed the “nation’s realities” in this order:

·        “The illegal sanctions and associated vulnerabilities and sensitivities”

·        “The large informal economy which will impact on the nature, scope and anticipated impact of our interventions”

·        “An economy which is highly import dependent, a situation that has exposed us to the shocks of disruptions in the external supply chain…”

·        “A notable diaspora population from the red zones, many of whom are opting to come back home, thereby threatening to constitute a large number of imported cases in the country.”

In these four points, the “nation’s realties,” the history of  the last two decades in Zimbabwe was unwittingly exposed: “illegal sanctions” actually only on 141 individuals and entities in response to human rights violations and undemocratic processes; an “informal economy” because the vast majority of the population are unemployed and make a living trading on the streets; an “import dependent” economy because we now import almost everything that we used to grow, produce, manufacture and even export; and lastly the “notable diaspora” (thought to be in the region of 4 million Zimbabweans) who have had no choice but to look for work in the diaspora and send money home to  support their families.

In these long weeks of lockdown there’s been plenty of quiet time to think about the things that have happened in Zimbabwe and why, and after listening to the President’s speech I couldn’t help but dwell on the four factors he identified as being the “nations realities” and wondering how and if we can turn our diabolical situation around. Thinking of the collapse of commercial agriculture that catapulted us into the situation of being “highly import dependent,” a memory of the calf that had a calf came to mind. Before being evicted from our Marondera farm, we bought a beautiful Brahman bull but he was a cheeky one and took a particular dislike to me. His name was Barry and when he had a mind to do something it was impossible to stop him. Barry set his eye on one of our young heifer calves and after demolishing a few fences in his way, before we knew it the heifer calf had a calf. A difficult and prolonged birth needing helping hands and pulling ropes, left us with a bull calf that was very small and scrawny and definitely a bit slow. We called him Micky and when the herd came home to the paddock at night Micky would be at the back. Whenever an animal went missing, it would be Micky and when we found him he always had his head between the fence wires, grazing the lush green grass on the other side. “Send him to abattoir” everyone told me, but I didn’t give up on Micky and he was nurtured and coddled, given extra food because he was always last to get to the feed troughs. Everything Micky ate was locally grown and produced; all the men who took Micky for dipping, dosing branding and finally for slaughter were gainfully employed in the country of their birth, earning a wage every month. Micky went for export beef through Zimbabwe’s own Cold Storage Commission.

In the 33 days of lockdown we can only hope that our leaders have had these same thoughts about our nations realities: we don’t need to import food; our citizens shouldn’t need to go to other countries to make a decent living; our factories shouldn’t be derelict ruins; people shouldn’t need to spend their days selling fruit and vegetables on roadsides and pavements; our farms need to be in the hands of people who know how to farm and who want to grow food. Until next time, thanks for reading this Letter From Zimbabwe, now in its 20th year, and my books about life in Zimbabwe, a country in waiting, love cathy. 2nd May 2020. Copyright © Cathy Buckle.  https://cathybuckle.co.zw/

For information on my books about Zimbabwe go to www.lulu.com/spotlight/CathyBuckle2018 . For archives of Letters From Zimbabwe, to see pictures that accompany these articles and to subscribe/unsubscribe or to contact me please visit my website https://cathybuckle.co.zw/