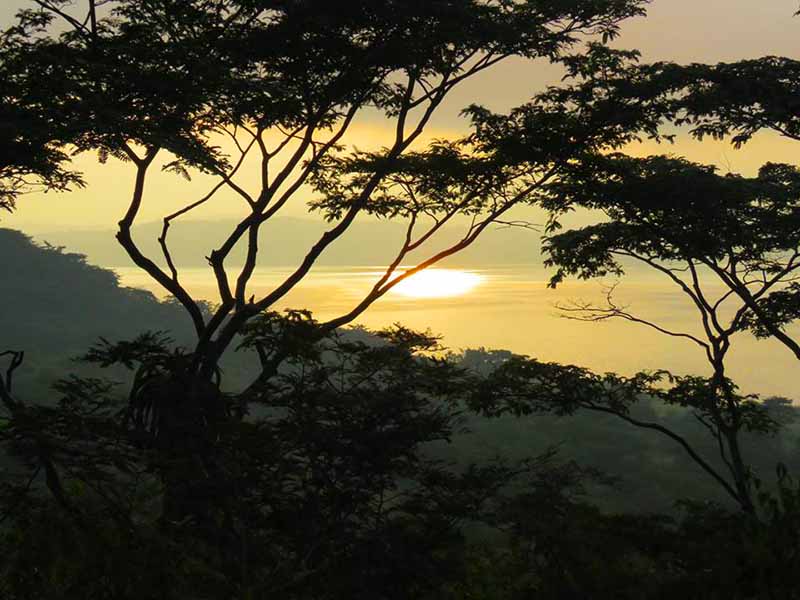 I met a man on a riverbank on a sunny morning under a bright blue Zimbabwean sky. It was Independence Day, the 18th April 2018.  Mountains shimmered hazy and blue on the far horizon and cow bells clanged somewhere in the thick bush nearby. The man was in his late thirties, tall and barefoot and carrying a large, battered, red book. When I called out a greeting to him, a huge smile lit his face and he came closer. The chat was of general pleasantries and then he suddenly said: “They promised us all an education long back you know,” patting the book with his hand. “They said: we’ll teach you all how to read and write, but look what it got me! Look at me now! No shoes! No work! But,” huge smile, patting the book again, “at least I can read!”

I wasn’t sure who “they” were that the man referred to and would have loved to have known what the book was that he carried, but decided not to ask; not wanting to spoil the encounter. The man continued: “But I’ve had enough to eat this morning so I’m happy today.” I smiled and nodded and soon afterwards he said goodbye, waved, and went on his way. Smiling and joking in the face of hardship has become Zimbabwe’s trademark.

Not far away, at a point on the river where the water cascaded over some rocks and formed a pool, a woman and child were doing their laundry. It looked like a grandmother and grand-daughter, and they smiled and waved in response to my lifted hand. They made kneeling on the rocks washing clothes in the river and then lugging huge buckets home on their heads, look like such a happy, normal thing to do. Bearing such primitive burdens in this modern world is the norm in Zimbabwe 38 years after Independence.

In the distance I heard the siren of a single emergency vehicle; at last, I thought. Nearly an hour before, I and scores of others had witnessed the carnage left by a terrible accident on the highway. A truck and a car, many dead bodies, mangled wreckage.  More and more cars backed up in both directions. Ten, twenty, thirty minutes but still no sign of police or ambulance. Some men alighted from parked cars and were doing what they could. No one was in charge but somehow they were doing everything that could be done: moving, covering, clearing; quietly, efficiently and with respect. Everyone asked where the emergency services were. Why were they taking so long?  There was no answer but ordinary Zimbabweans did what they have become so good at doing: they coped in a crisis and helped each other.

I couldn’t help but think what would happen to the victims in this tragic accident because just the day before, on the eve of Zimbabwe’s 38th anniversary of Independence, we had all been shocked to the core when Zimbabwe’s Vice President Chiwenga announced that over fifteen thousand government nurses, who had been on strike for one day, had been fired with immediate effect. There are sixteen thousand government nurses in the country. It had been our first taste of the very heavy hand of Zimbabwe’s new leadership and it left us chilled, wondering what’s in store for the times ahead.

The morning after the accident and the riverbank meeting, with memories of the day before still fresh on my mind, I stepped outside just before dawn. It was 5.30 in the morning and a nightjar landed on a leafless branch overlooking a kopje. In the pre dawn twilight it was only a silhouette but the moment it sings, its identity is unmistakable. “Good Lord Deliver Us,” the fiery-necked nightjar sings, its call answered from somewhere in the thickets of the deep, dense valley below. Three or four times the nightjar calls, disappearing just as the soft orange glow of dawn lights the new day.

The call of the nightjar, “Good Lord Deliver Us,” is so appropriate for Zimbabwe today as we approach new elections. People’s lives are filled with such struggle, toil and suffering. A placard carried by a man demonstrating against a diamond mining company in Chiadzwa this week says it all: ‘Poverty in the Land of Plenty.’

Thank you for reading this letter, for your emails and comments and for the wonderful support of my books about life in Zimbabwe. Until next time.