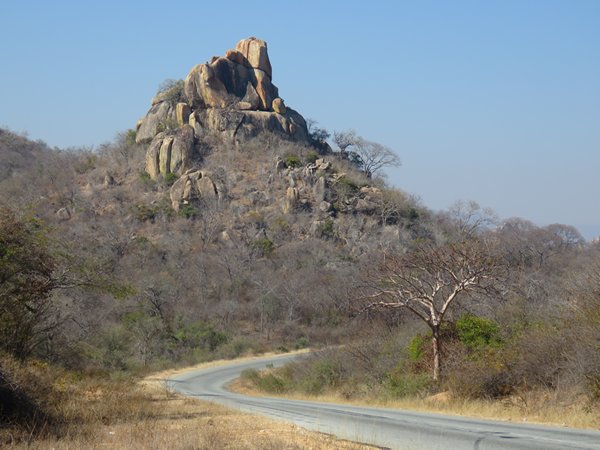 Dear Family and Friends,
It’s that time of year when the first early rains of the season are starting to fall. Blue sky turning purple; crashing thunder, streaks of white lightning and then the heavens open, washing away months of suffocating dust. Almost overnight brown is flushed with green, the ground is gentle underfoot and you can hear Zimbabwe breathe again. Early in the morning a slender mongoose runs across the garden, snatching up beetles flushed by the rain and late in the afternoon a hammerkop flies in and sorts through a pile of mulch under a fruit tree, selecting the pieces that would make the perfect lining for its enormous platform nest high up in a tree. Our beautiful Zimbabwe is coming back to life.

In many of our towns and cities the streets are lined with Jacaranda trees and their purple flowers are a spectacle this October, providing colour in our impossibly difficult lives. Sitting on the edge of a step an elderly man with one blind eye and a pair of home-made wooden crutches leaning against the wall had taken charge of people waiting outside a government bank. A small backpack at his side and an A4 school exercise book and blue ballpoint pen in his hand, we greeted each other. “Is there a queue?” I asked and he said there was a “temporary queue” and did I want a number. “Yes please! But what’s a temporary queue?” The man wrote number 28 on a piece of paper the size of my thumb nail and I bent down to take it from him. “It’s only a temporary number until the Big Man comes out,” he said.

The Big Man is the Security Guard and when he was ready, in his own good time, he would come outside and give each person a small square of paper with a number written on it and when he was ready we would be allowed to enter the building and if twenty or more people with connections, cleavage or clout, pushed in front of us that was just our tough luck, this is ugly reality in our beautiful Zimbabwe forty years after independence. With my precious number 28 in my pocket I waited.

I passed the time thinking about the World Bank saying that figures indicated extreme poverty in Zimbabwe has increased from 33,4% to 40% of the population. The World Bank define extreme poverty as people living on US$1.90 a day. Our Minister of Finance responded to the World Bank’s statistic by saying: “They [Zimbabweans] are not poor, we are sending them cash transfers of Z$300.” The Minister did not clarify that the Z$300 being sent to families most impacted by Covid is a monthly amount and currently only worth US$3.70 a month, a pitiful twelve US cents a day. I tried and failed to get my head around this 12 US cents per day or how any leader anywhere could define this as not being poor.

Half an hour later the Big Man still hadn’t appeared, the doors still hadn’t opened and at least another fifty people had arrived. “Thank you my friend,” I said to the old man on the step handing back my number 28, “Today I cannot wait any longer; I’ll have to come another day; give my number to someone else.” The old man told me it was his third day of waiting here and that he was doing his best to help people organize themselves so that it would be fair when the Big Man did appear. It was a beautiful day under a bright blue sky and we chatted for a minute before parting with smiles and good wishes but it was hard to accept that an old man had come back three days in a row to get service and that this is the state of our lives in Zimbabwe: at the mercy of Big Men whose hearts seem utterly devoid of compassion and empathy.

My next stop was off the highway and into a high density area and almost immediately the pain in my heart was lifted. A group of young girls were playing stinger under a Jacaranda tree. Their home-made ball made of plastic bags tied together and the game is to aim for legs where the ball stings you if it hits you. Squeals of laughter as they dodge the ball, smiles and waves when they see you watching. Further along a little boy runs along the road studiously steering his home-made wire car with a small cardboard box attached as a trailer. A Mum braiding her daughter’s hair on a chair under a deep green Msasa tree. Oh beautiful Zimbabwe, you can see it breathing life here.

Finally on this day good news came at the release from Chikurubi prison of MP Joana Mamombe. Joana’s name has been on our lips and in our hearts for months. She, along with two other opposition activists, was abducted from a police station, blindfolded, tortured and sexually abused and dumped on the roadside in May after taking part in an opposition protest. Accused of making statements prejudicial to the State, Joana and her colleagues were arrested, denied bail, eventually released and are to stand trial. When Joana was hospitalized with an anxiety disorder just before the trial, the prosecution said she was feigning sickness and a Magistrate ordered her sent to Chikurubi prison on the 24th September for two weeks so that she could be assessed by doctors. Thirteen days later a High Court Judge ordered the release from prison of MP Joana Mamombe saying: “nothing warranted the placement of Mamombe in custody for the purposes of her mental examination.”

How beautiful our Zimbabwe is: from a mongoose and a hammerkop in the garden to an old man sitting on a step issuing temporary numbers for a queue; girls playing stinger under a Jacaranda tree and a little boy pushing his wire car on the road. I am delighted to announce that my Beautiful Zimbabwe Calendar for 2021 is now available, please visit my website for details and to see thumbnails of the images. Until next time, thanks for reading this Letter From Zimbabwe, now in its 20th year, and my books about life in Zimbabwe, a country in waiting, love cathy 9th October 2020.