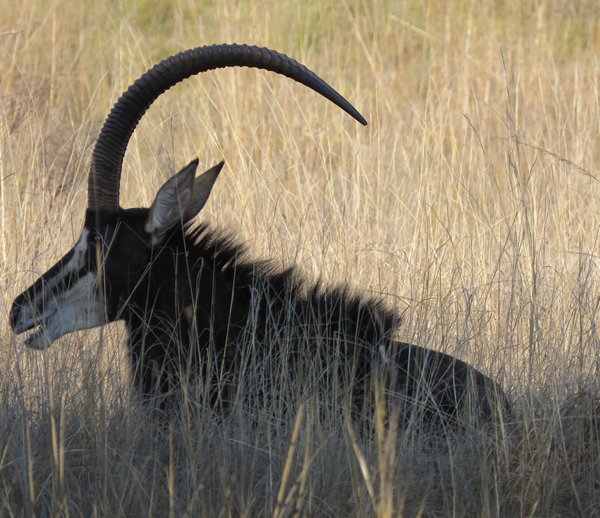 Banging and crashing, lightning zig-zagging across the purple sky, trees bending sideways in a fierce wind, leaves ripped off branches and then the rain came, pounding down so hard you couldn’t hear yourself think, the first storm of the season had arrived in my home town. That night the voices of a million frogs serenaded under the stars: bubbles and chirps, whistles and croaks, throaty gurgles and delicate little ‘peep peep’ calls. The following morning a quick look in the rain gauge, 10mm recorded, just under half an inch, but it’s not the numbers it’s the life that the first rain in six months has revived: flying ant wings on damp ground, golden-brown sausage flies and a giant moth almost the size of my hand. Life returned to Zimbabwe this week but I can’t say the same about common sense and priorities in our beleaguered land.

Johns Hopkins Economist Professor Steve Hanke recently described Zimbabwe’s economy as being in a “death spiral” after the government threatened to suspend businesses using black market prices. “I’ve seen this movie before. It has a tragic ending,” Hanke said and his words are echoing our worst fears as we watch the price stickers on supermarket shelves going up and up and the amount of items in our shopping baskets going down and down. We have not only seen this movie before, we’ve lived through it and the thought of doing it again is frightening.

But while our fears grow and the warnings come thick and fast as the value of the ZIM dollar continues to crash against the US dollar, the Minister of Finance and 350 delegates jetted off for a pre-budget seminar in Victoria Falls at the Elephant Hills Hotel which costs US$276 per unit for bed and breakfast. (Newsday) At the pre budget seminar the Min of Fin said that despite growing calls for a return to US dollars that wasn’t going to happen. “It is not a good idea and it will be suicidal to do so,” he said, “we are reforming the country, industry is picking up… we have done well to ensure salaries are not eroded.” Salaries are not eroded Mr Minister, are you serious? Most people have been earning a quarter of their previous salaries since US dollars were converted into Bond dollars two years ago and the value is declining by the day.

While 350 delegates argued it out in US$276 a night hotel rooms, war veterans were protesting in Harare about their pensions which are worth less than US$80 a month. One protestor said “those in government, their shirts can hardly hold their stomachs while we suffer.”  The protestors were prevented from delivering their petition to war veteran President Mnangagwa and forty of them were then arrested. The protesters, handcuffed to each other were led into the courts while the President and a 100 strong delegation prepared to leave for Glasgow for two weeks for the UN Climate change summit. (New Zimbabwe)

Sitting on a rock in the cool early morning recently trying to get my head around the absurdity, irony and inequality between the tight shirted jet setting guys and the rest of us I suddenly realized I wasn’t alone. A magnificent sable lay in the grass quietly chewing the cud. How rich Zimbabwe is, how much we’ve got to share, if only …

Thank you for all your wonderful comments about my new book Zimbabwe’s Timeless Beauty. The pictures and stories seem to have brought back such happy memories for so many people that this hardback book of photographs and stories will replace my annual calendar. I have just launched a new version of the video on Zimbabwe’s Timeless Beauty embedded with sounds of Zimbabwe to whet your appetite along with a special Christmas Stocking price so that you can share the memories with your family and friends. Click this link to watch the video: https://www.youtube.com/watch?v=K_6beqoCkt4

and this link to order the book:  https://www.lulu.com/spotlight/cathybuckle2018