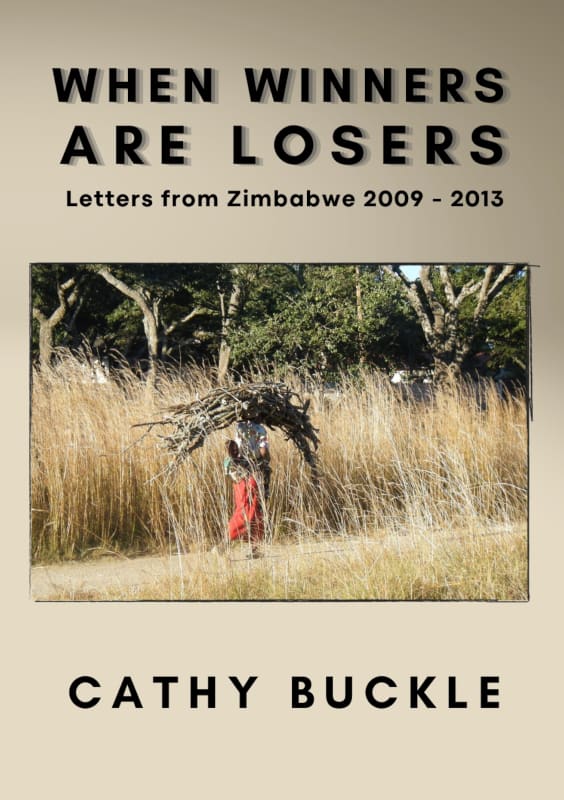 Under a bright blue sky and with the golden grass swaying in the cool winter wind, Zimbabwe is holding its breath this June. Our neighbourhoods and gardens are filled with the clear, alluring voices of Orioles and Shrikes and the piercing whistles of young Hawks and Eagles as they learn to hunt.  Standing in the sun to get warm  is our  national preoccupation at this time of year and while we do we watch, listen, shake our heads and chuckle at the propaganda, promises and puffed up posturing of prospective politicians.

There’s a very strange feeling in the air in Zimbabwe as the July 30th elections get closer. Daily life is sort of normal but totally abnormal at the same time. The supply of bank notes is now almost non existent. The queues outside the banks never go away and you consider yourself lucky to get a bag of ten dollars worth of Bond coins. “Counting the browns,” is the new catch phrase as you wait in shops and supermarkets while tellers count little piles of five and ten cent Bond coins. Handbags, purses and pockets get longer and heavier as we all carry around bags of Bond coins. At the tollgates on the highways the cars move slower and slower as motorists don’t have cash to pay the standard US$2 toll fee so they have to use debit cards or mobile phone apps. Above our run down towns the helicopters clatter overhead two or three times a week; helicopters on the election campaign trail looking for our votes while on the ground below we don’t have enough coins for a loaf of bread. Looking up at the helicopters from the pavements, intersections and roadsides are the masses of unemployed Zimbabweans selling all manner of goods for a few cents profit in order to survive. The contrasts are dramatic if you choose to see them.

23 candidates representing 22 political parties are vying for the Presidential post in Zimbabwe. The two main contenders are Zanu PF, in power for 38 years and the MDC Alliance. We are holding our breath, waiting for something to happen, not really believing that we can trust the people telling us that this time round Zimbabwe is going to have a peaceful election.  Free and Fair, Peaceful, Transparent, Credible; these are the adjectives we are hearing every day but they are hard to swallow coming from the same party who have masterminded and overseen repeated violent elections dominated by violence, threats, intimidation, harassment and fear.

All the adjectives aside, the fact is that Zimbabwe has not forgotten the events of the last four decades while the ruling Zanu PF party have been in power; events that took place on their watch, at their hand. History recalls them with mere phrases and statistics: 20,000 people  killed in a genocide in Matabeleland in the 1980’s by Zimbabwe’s army; compulsory land redistribution leaving 800,000 people unemployed and homeless in the 2000s followed by nearly two decades of food insecurity, imports and international food aid; 800,000 people homeless and destitute after Operation Murambatsvina’s  bulldozers destroyed their lives in 2005;  four million citizens fleeing to the Diaspora from 2000 to now, escaping economic collapse, political violence, oppression and unemployment. Everyone knows it wasn’t just one man responsible for this but for now they say nothing.

For the last eighteen years I have been telling the story of Zimbabwe every week, determined that this unbelievable litany of events that has so ravaged our country and people would not just be statistics and phrases. Because it was us, real people caught up in the horrors: Mums and Dads, children and grandparents, black and white; we are a country traumatized, broken, scarred and waiting, ever waiting for justice and accountability.

With just six weeks before the elections I am pleased to announce the release of  my new book, “When Winners are Losers ” which tells the story of what happened in Zimbabwe when the winners of the 2008 elections were forced to share power with the losers.  It had taken ZEC (Zimbabwe Electoral Commission) five weeks to release the 2008 election results and when they did the MDC had won but they said the results were not decisive and called for a second vote. In the two month interim hundreds of MDC supporters were killed, thousands more fled the country and the MDC said a quarter of a million people were displaced from their homes. To stop the bloodshed and relieve the suffering of all Zimbabweans the MDC entered into a government of National Unity with Zanu PF. “When Winners are Losers” records the events of the years 2009-2013 when we had dared to hope but it was never realized.  “When Winners are Losers” is available internationally from www.lulu.com/spotlight/CathyBuckle2018 and in Zimbabwe please contact: [email protected] . Extracts, pictures and images from “When Winners are Losers” can be seen on my Facebook page:   http://www.facebook.com/cathybuckleafricantears

Until next time thanks for reading.