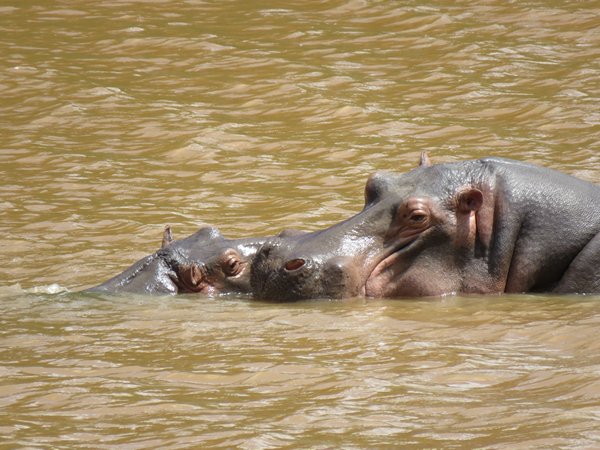 I am writing this letter to you from beneath a dark grey sky in Zimbabwe. A big storm is approaching, high winds are stripping leaves off trees, everything is switched off and unplugged, lightning is crackling and exploding, thunder booming and banging all around. Grey curtains of rain are marching up the valleys and across the bush. The horizon has gone, the trees are disappearing and then you hear it, a far away whispering and then a solid rushing:  the rain is close, very close, run! The curtain of grey engulfs everything and the sky opens. Pounding down, gutters overflowing, downpipes shaking, streams of mud flowing everywhere. By the first day of January 2021 we had had more rain half way through this season than we had all of last season and for this we are smiling.

Five days into the new year Zimbabwe again went into total lockdown to try and slow the spread of Covid-19 which is now worse than it was all of last year. Gatherings have been banned and movement restricted to essential services, food and pharmacy purchases and medical assistance. There is a 6.00pm to 6.00am curfew and once again an estimated 80% of our population who survive on street vending and cross border trading are paralyzed. Schools with exam classes have re-opened but the President of PTUZ (Teachers Union) said over 50 Head Teachers at those schools had tested positive for Covid. All other schools have not re-opened leaving 80% of children who don’t have access to online learning being stuck at home again having had only 2 weeks of education in the past 10 months.

Hospitals and clinics in many towns and cities are overwhelmed, beds are full, oxygen cylinders and ventilators are like gold and desperate families have resorted to putting out appeals for help on social media. One private hospital in Harare was said to be charging US$2,500 to admit a patient and another would only accept patients who had a letter of referral from a government official.  What?  You can’t breathe, you have money but you can’t come in unless you have a letter from a government official; what inhumanity is this? The ZADHR (Doctors for Human Rights) secretary general said that their “conservative estimate” was of 1,000 health personnel currently infected with COVID. Sixty nurses tested positive at the main hospital in Harare this week; they have grossly inadequate PPE’s and are only given one face mask for a 12 hour shift when they are seeing scores of different patients. The Nurses Union (ZINA) said in a communiqué: “There is massive panic amongst our colleagues at the hospital… most nurses are testing positive … and this is being kept secret by management. … Nurses are being threatened and victimized…”

A doctor at Parirenyatwa told Al Jazeera that ten patients had died in the ward in one night and said “it’s mostly because there is no medication and equipment.” On Saturday a government spokesman put out a message saying “we are being overwhelmed and overrun by this virus,” but four days later as COVID patients went door to door desperately looking for a hospital bed, the same government spokesman said “we have a lot of beds available. Our current occupancy is around 18% only.” As usual we were left shaking our heads at which statement was closer to the reality on the ground.

Because of, or despite this situation, it came as no surprise to see the huge exodus of people at Beitbridge Border making regional news headlines for much of the past fortnight. Every day we’ve heard of thousands of Zimbabweans stuck in massive queues at the Beitbridge border post with South Africa. Some were stuck for days, desperate to get into Zimbabwe to take groceries and funds home to their families before Christmas and others were stuck going the other way, trying to get out of Zimbabwe to go back to their jobs in South Africa. Viral video clips of 20 kilometer long vehicle queues and thousands of people waiting to get into the Beitbridge border control buildings flooded the news channels: no social distancing, no food, water, or shelter. Each day as the curfew hour approaches no one else is processed leaving many hundreds sitting and lying on the ground in the open, waiting to try again tomorrow. More viral videos appear the next day but this time of desperate people resorting to desperate measures. Scores and scores of men and women wading through the green rushing water of the Limpopo River, waist deep, chest deep, bags on their heads, children on their shoulders, eyes constantly scanning for crocodiles. Not gangsters and criminals, just ordinary men, women and children trying to survive.

I end this Letter from Zimbabwe with another image from the banks of a muddy river this New Year. As night falls the hippos grunt in the river and the fireflies emerge, little flashes of light winking and blinking in the vegetation along the river bank and in the lush green grass around your feet. A mystical, magical sight, Zimbabwe at its best, making you wish you could stay in that place, that moment forever. Until next time, thanks for reading this Letter From Zimbabwe, now in its 21st year, and my books about life in Zimbabwe, a country in waiting, love cathy 8th January 2021. Copyright © Cathy Buckle.  https://cathybuckle.co.zw/