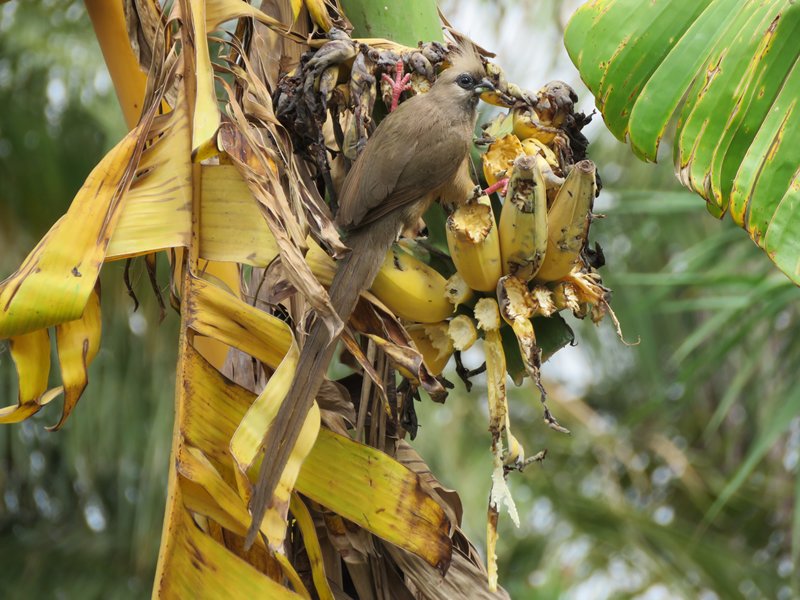 The rains have arrived in Zimbabwe, the first storms coming with violent winds and hail which blew roofs off houses, felled trees, stripped fruit from branches and shredded new young crops. The only happy faces in my garden after a violent hail storm were Mousebirds feasting on the fruit of a collapsed banana tree.  The smiles ended there. With barely a month until Christmas Zimbabweans have received a holiday hamper of horrors from the government in the past fortnight.

As I write Junior Hospital Doctors have been on strike for eighty six days. In response to doctors’ plea for a living wage, a safe working environment and the equipment they need to do their jobs, the government has responded by continuing to fire them. As I write 435 of Zimbabwe’s 524 Junior Doctors have been fired. Two days ago Senior Doctors joined their Junior colleagues in staying away from work saying they would no longer offer emergency support “until all the fired doctors are reinstated and there is adequate redress of their incapacitation.”  Zimbabwe has less than 1,600 doctors composed of 524 junior doctors, 818 middle level doctors and 220 consultants. Junior doctors are currently earning the equivalent of less than US$80 a MONTH. With only one hospital doctor for every 8,000 – 10,000 people in the country, every doctor fired rushes us ever closer to a national emergency.

The dire situation that has been prevailing in our government hospitals for many months is now finally starting to be publicly exposed by our doctors. In a damning document released yesterday, the SHDA (Senior Hospital Doctors Association) described how in March there were no bandages, gloves or syringes in hospitals. They exposed the real facts behind the government’s claim in July of a huge ‘procurement’ of medical supplies from India; the SHDA said: “There was much fanfare and ribbon cutting, and images of warehouses full of drugs which turned out to be cartons of fluids. Out of an inventory list of 2000 items, only about 60 had been purchased. … The vast majority of the equipment which was released was completely unusable.”

Senior Doctors describe how, right now, disciplinary letters are being handed out to them by the authorities. In this deeply shocking sentence the SHDA expose the true nature of Zimbabwe’s current leadership: “The authorities are so vindictive that they went to theatre to hand a letter to a doctor who was finishing up an emergency operation.” In the face of this horror the SHDA say: “This is not about money. …We are not slaves. We are not greedy mercenaries. We deserve proper tools of the trade, a living wage and a safe working environment.”

It is deeply ironic, that while this is going on in our own hospitals, Vice President, Constantine Chiwenga returned home this week after four months of medical treatment and hospitalization in China. Every day the classic line from George Orwell’s Animal Farm hits us in the face: ‘All animals are equal but some animals are more equal than others.’

The next horror in the holiday hamper came with the brutal attack on MDC supporters and bystanders who had gathered in the centre of Harare to hear MDC leader Nelson Chamisa’s Hope for the Nation address. Yet again we witnessed shocking scenes of police kicking, hitting and whipping unarmed, peaceful citizens. Broken limbs, head wounds, bleeding, traumatized people attacked for wanting to listen to a message of hope. A few days later human rights lawyer Doug Coltart was assaulted by police when he bought food for his client to police cells; Doug was then himself held in custody for two nights.

Then came the food horror in the Christmas hamper. Government announced the removal of subsidies on grain purchased by millers and manufacturers from the state’s GMB (grain marketing board). Since June the GMB have had the sole monopoly (through SI 145 of 2019) of all grain purchases and sales. The immediate response to the removal of the government subsidy was an 80% increase in the price of maize meal. Ten kgs of maize meal was Z$8 in March, Z$60 by October and is now close to Z$110. A family of six needs 10kg of maize meal a week. A standard wage is around Z$400 a month. It’s not hard to do the sums and realize we are facing a huge humanitarian crisis.  International donors are already distributing food aid to over 6 million people in rural & urban areas every week; the 80% increase in maize meal prices will undoubtedly mean a dramatic increase in the number of people in deep trouble all around Zimbabwe.

After 19 years of Letters from Zimbabwe and 8 books about our tragic decline, I am delighted to present another face of our country in my Beautiful Zimbabwe Calendar 2020. To preview images in the calendar and to order, follow this link: www.lulu.com/spotlight/CathyBuckle2018