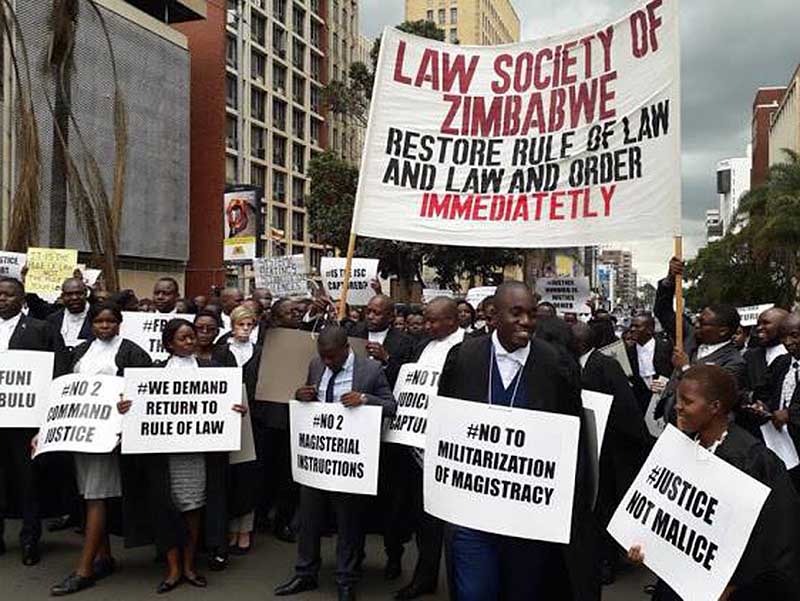 Please excuse this, the third shocking letter in three weeks, from Zimbabwe. We may no longer be featured on international news bulletins but the dreadful impact of the state and military crackdown on protestors, opposition and civil society leaders in the past three weeks continues to devastate families and communities and leave us feeling utterly helpless, shocked, angry and bewildered.

Today, as I write this letter, the news has come of the death of another young Zimbabwean. Twenty nine year old Noah Sahombe, allegedly assaulted by soldiers during the protests in Mutare, died of renal failure in Harare today. Earlier in the week we heard about the death of Kudakwashe Moromo, a young man who had just started a new job in Harare. Opposition leader Nelson Chamisa, talking to mourners before the funeral, described the events: “Kudakwashe was apparently coming from work. He was abducted and bundled into a vehicle packed with men suspected to be from the military. He was severely tortured and beaten up. Kudakwashe bled to death from the injuries he sustained.”

Two days ago, released on bail after spending two weeks in prison, Pastor Evan Mawarire spoke to people who had gathered in the darkness to meet him.  His words, spoken from a voice heavy with anguish and passion, told us what we had feared. He spoke of leaving: “young boys, 16 year old boys” still locked up in the prison, boys who had been there for three weeks. “It’s not right,” Pastor Evan said, “our nation must protect our citizens and not allow this to be happening.”  An AP news report quoted Pastor Evan: “Once again we have to run and hide. It breaks my heart. I was locked up with over 300 young men whose limbs were broken after being beaten by soldiers and police. It is a tragedy, it is a shame. “

In the past week lawyers took to the streets of Harare calling for an immediate return to the rule of law, return of the military to the barracks and an independent judiciary.  On Wednesday, dubbed Black Wednesday, many Zimbabweans wore black, both at home and in the Diaspora, in support of the countless women who were raped and abused by security personnel during and after the January stayaway.  We are powerless to do anything about this horror and so wearing black was the only way we had of expressing our sorrow and compassion.

In response to our anguish and despair, to funerals and hospital bills and families in mourning, all we have is a series of tweets from the top office; we have police telling women who were raped by security personnel to report the crimes to the police. We also have the country’s police spokesperson saying the Sky News film footage of a man being beaten by police and soldiers in broad daylight in Harare a week ago had been taken in 2016. That was clearly not the case as the licence plate on a passing car in the film shows letters that were not used on number plates until 2018. Finally came the statement from the Minister of Information, Energy Mutodi, this week when he said that the government would not hesitate to shut the internet down again if the need arises. He referred to the Access to Information and Protection of Privacy Act (AIPPA) passed into law in 2002 by Zanu PF under Robert Mugabe. The Minister described Zimbabweans as “primitive people with primitive minds,” saying we did not understand the meaning of peaceful protests.

In November 2017, when Robert Mugabe finally left office after almost 38 years, we thought we had a chance of a new Zimbabwe. Hope was in our hearts  and smiles were on our faces but after the events of the July 2018 election results, the shooting of unarmed civilians on the  1st August 2018 by soldiers and then again between 14-16 January 2019 and the days that have followed, our hearts are broken and hope extinguished. Our highways are wide open as people cannot afford fuel to travel; our neighbourhoods are filled with people walking as they cannot afford transport; the Bond dollar is trading at four to the US dollar and our shopping bags are getting smaller and lighter by the day as we cannot afford soaring food prices. “Oh God Bless you” a man said to me this week when I gave him a loaf of bread, hard to find now and limited to two per customer when you do find it. Day by day we ask ourselves: how can this be happening all over again.

Thank you for reading this letter and for caring about Zimbabwe; please pass this letter on to your friends and share the news about our country. Thank you also for all your messages of concern and empathy and for supporting my books about life in Zimbabwe. Until next time.