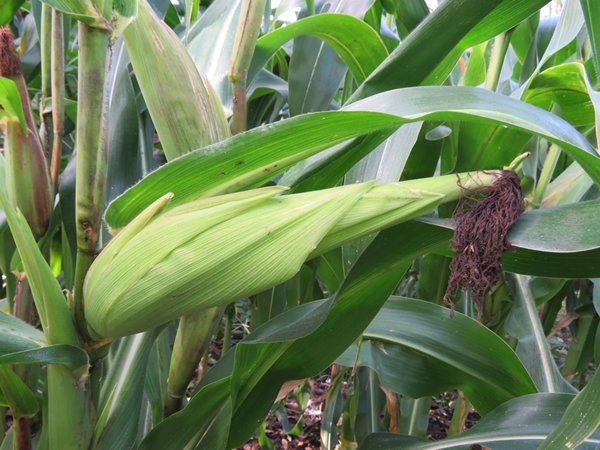 I am writing this letter to you on Robert Mugabe Youth Day, a recently proclaimed public holiday. It’s a beautiful day under a hot sun and bright blue sky but it’s hard to see what our youth have got to celebrate. Unemployment around 90%, inflation over 500%, queues for money, food and fuel and not even electricity today. Hopes of getting a job are extremely slim; manufacturing capacity predicted at 27% this year and a guarantee of tear gas, police truncheons and brutality if you dare to demonstrate.

For forty years Zimbabwe has been riddled with endemic corruption at the hands of the party in power. Nothing of any value: natural, man-made or donated has been spared: war victims compensation funds, cars, railways, aeroplanes, housing, oil, steel, gold, diamonds, airports, timber, electricity, banking and the list goes on and on. For the last two decades corruption has been rampant around land and agriculture from the allocation of seized farms to government cronies, security personnel VIPs and members of the judiciary to farm mechanization funds, farm equipment, multiple farm holdings, the Command agriculture scheme, selling free inputs and this week the latest scandal of diverting subsidized maize has been exposed.

A Parliamentary Portfolio Committee heard that abuse of the subsidized maize facility was rife. Senior executives in the government’s GMB (Grain Marketing Board) were implicated: allocating subsidized maize to millers far in excess of their capacity. The millers were in turn diverting the maize to the black market and selling it to neighbouring countries, making huge profits in the process. There were accounts of trucks from the DR Congo offloading copper in South Africa and on their return journey through Zimbabwe filling their empty trucks with our subsidized maize. The corruption extends to border officials who stamp documents with false declarations as to the source of the cargo on trucks which proceed to exit Zimbabwe loaded with our cheap maize. Giving evidence to the Parliamentary Committee we heard that shops in Mozambique are selling Zimbabwean maize and callers to a radio programme saw our maize in shops in Malawi and further north on the route to the DR Congo.

Zimbabwe’s subsidized maize is imported grain and supposed to be assisting hungry and impoverished Zimbabweans. If you can find it, subsidized maize is supposed to sell for Z$70 for 10kgs but on the black market it sells for Z$140 and more than that in countries across our borders. Nothing is sacred in Zimbabwe, not even cheap food for starving people.

Twenty years ago this week farm invasions began in Zimbabwe and they have continued for much of the last two decades. In those horrific, terrifying days when we called police and begged them to help us when government supporters were burning, looting, destroying and evicting us and our employees from our homes and properties, the police would not come, saying it was political. That sentiment remains true today with government withdrawing leases from people who were allocated seized land but who are now perceived to be political rivals. An estimated one million people, (10% of our population at the time) who lived, worked on and owned those seized farms lost everything; we lost our homes, livelihoods, jobs, investments and pensions. But we were not the only losers. Twenty years later Zimbabwe as a whole continues to pay the price of the destruction of commercial agriculture.

This week the Zimbabwe government announced that they were introducing maximum farm sizes and would be taking away sections of land in excess of the new hectarages. Another wave of partisan land distributions is inevitable. After twenty years Zimbabwe has still not accepted the fact that you need commercial farmers to grow the country’s food and not your political allies and supporters.

With well over half of our population dependent on International Food Aid two decades later, the statistics of Zimbabwe’s agricultural production say it all: (Figures from the Mundi Index)

As I write this letter, our neighbours in South Africa are arriving at the same crossroad Zimbabwe faced twenty years ago: the expropriation of land without compensation. We hope they learn from us.

Until next time, thanks for reading this Letter From Zimbabwe, now in its 20th year, and my books about life in Zimbabwe, a country in waiting, love cathy 21 February 2020. Copyright © Cathy Buckle.  There is no charge for this letter but if you would like to contribute please visit my website https://cathybuckle.co.zw/

For information on my books about  Zimbabwe go to www.lulu.com/spotlight/CathyBuckle2018  For archives of Letters From Zimbabwe, to subscribe/unsubscribe or to contact me please visit my website https://cathybuckle.co.zw/