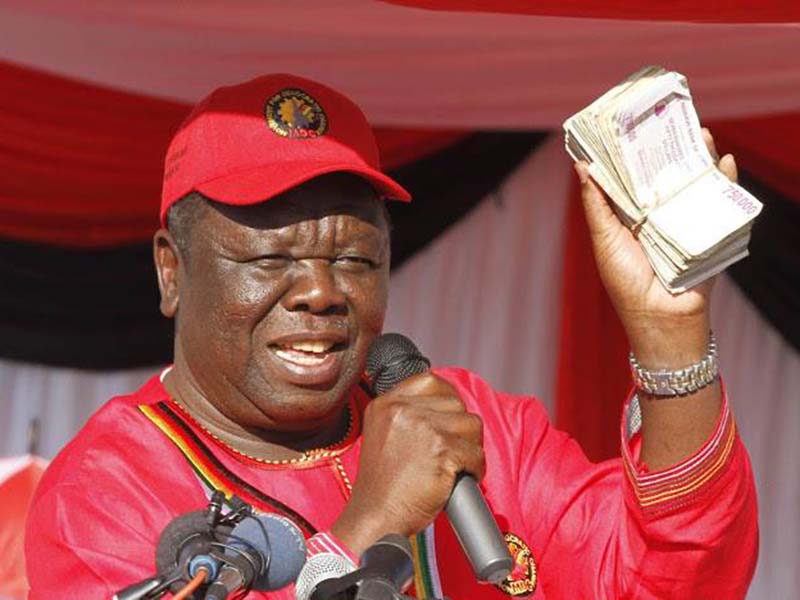 Zimbabwe has just heard news of the death of Morgan Tsvangirai, a man who had become a beacon of hope in Zimbabwe for the last two decades. Founder and leader of opposition party MDC, Mr Tsvangirai will be remembered as a brave man who made extreme sacrifices to try and bring an end to oppression and dictatorship. He taught us to stand up for what we believe in and all eyes now are on his party and whether they can put personalities aside for the good of our country.

Trying to stand up for what I believe in, I recently went, yet again, to try and get myself back on the voters roll. I’ve lost count of how many times I’ve come to a voters’ registration centre since 2005 after my right to vote was denied because my parents were not born in Zimbabwe and I was declared an ALIEN.

Despite it being the last day of the “mobile voter registration mop up exercise” I had expected a queue but in fact was the only person in the registration office. It was a typical run down, government office with dirty walls, chairs with torn upholstery and exposed springs and electrical cables running all over the floor. Greeted by a friendly, polite and welcoming official from ZEC (the Zimbabwe Electoral Commission) I had a large brown envelope with my life in it: originals and photocopies of everything that proves I am who I say I am. They only wanted three things and I laid them out on the table: birth certificate, ID and proof of residence. As the documents were inspected I closed my eyes, hardly daring to breathe. Born in Southern Rhodesia, Zimbabwe Identity document and a utility bill for proof of residence.

“It’s a clear case” the ZEC official said, instructing her colleague to fill in the voters registration form. My eyes flew open and for a moment I couldn’t believe what was I was seeing. Line by line they filled in my details: name, address, phone number, ID number and then passed the form across for me to sign. “Am, I going to vote this time?” I asked; “I’ve been denied since 2005.”
“Of course!” she said,”everything’s changed now. You were born here and you live here. It’s a clear case!” There was much laughing and smiling and she handed me my papers and directed me to go to the next desk to have my details entered into the biometric registration computer , have my photograph taken and be given my voters bar code slip.

Then in an instant everything changed. Suddenly someone from the DA’s (District Administrator) office came in and asked for my original birth certificate, proof of residence and ID card. “To check your details,” he said. The minutes dragged by: ten, twenty, thirty, until finally, forty minutes later the man came back, returned my documents and said I could not be registered to vote because my parents came from Europe. “But I was born here and have lived here all my life?” I said. “The constitution says I am automatically a citizen if I am born in the country.” My pleas were in vain, the official wasn’t budging on his declaration that I was not eligible.

Euphoria turned to anger very quickly. The ZEC official had declared my eligibility and processed my registration but now suddenly a local government official was over ruling it. “You need to see the Registrar to explain that because your parents were not born in Zimbabwe you are not eligible.” Unless I could prove that my father was a citizen of Zimbabwe when I was born, the Registrar said, then I was not eligible. I explained that my father had been dead for over twenty years and providing proof of his citizenship was now impossible. “My father lived in Zimbabwe for over fifty years,” I said, “actually he was a civil servant and in fact he was a Magistrate in this very town.” The Registrar wasn’t interested; unless I had proof my father was a citizen when I was born, I was not going to vote. It wasn’t my father trying to vote, it was me, but that apparently meant nothing.

Enraged, I left, went back to the voters’ registration office, demanded my form back from the ZEC officials and tore it up. “A clear case?” I asked. No one said anything; how could they, they too had been over-ruled. With my hands shaking and tears stinging, I was almost out of the gate when another ZEC official ran out after me, took my details and said he wanted to help me and would look into my case. He also thought I was eligible but phoned later; he had consulted with legal advisors who said I was not eligible because I could not prove my parents were citizens of Zimbabwe when I was born.

My excitement over the approach of a New Zimbabwe had been replaced by a great sadness. How many times must I be made to feel I do not belong in the country of my birth? How many thousands of others have also been turned away? Do any of the current crop of political wanabees give a damn?

I’m pleased to advise that after a long absence, my books “African Tears” and “Beyond Tears” have just been re-published and are now available, along with my other titles at www.lulu.com/spotlight/CathyBuckle2018. Please bear with me as I implement changes to my website and mailing procedures and let me know if you are receiving this mail in error or would like to subscribe or unsubscribe. Thank you for your support of my letters and my books and for never giving up on Zimbabwe, until next time.