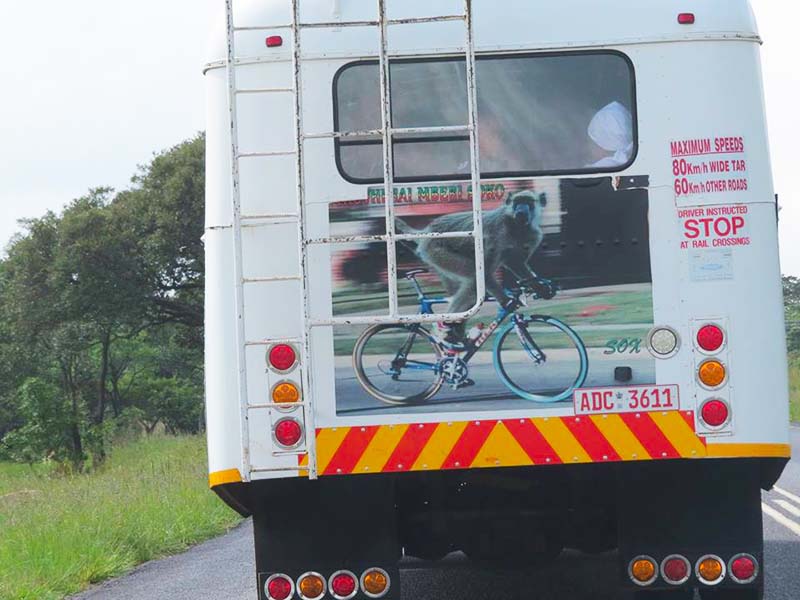 We are in danger of getting webbed feet in many parts of Zimbabwe after a month of very heavy downpours. In my area we’ve had half of our annual rainfall in the last three weeks. Roadside crops that were wilting and looking like onions a few weeks ago, are now sitting in deep, red, muddy pools. Crumbling, eroded roads which haven’t had any maintenance in my neighbourhood since 2008 have got such deep gullies and pot holes in them that water birds have taken to hunting for frogs and insects in the huge water filled caverns in the middle of the roads. “I need to come with my fishing pole!” a man said as we navigated round one such pot hole on the road this week.

Zimbabweans have a wonderfully descriptive way with words, masters of the art of both under and overstatement. Riddles and idioms fill our conversations, with much laughter and hand slapping to soften the blow of hidden messages; probably the direct result of decades of political oppression and a very real fear for your personal safety if you speak plainly.

It’s very easy to see that nothing has changed in Zimbabwe since the exit of Mr Mugabe. There’s still no money in the banks. US dollars are almost non-existent, Bond notes are only in denominations of two and five dollars and equally hard to find. We do all our shopping with our mobile phones or debit cards, and carry around heavy bags of Bond coins to pay for roadside purchases of fresh produce and mobile phone airtime. The pavements are still crowded with street vendors and street corners awash with illegal taxis: small cars driven by young men who go very fast and break almost every rule of the road.

Since the 18th November 2017 the hot question on everyone’s lips has been: “So where did all the police go?” We welcomed the disappearance of thousands of police road blocks which had turned into mobile money extortion points, but they were replaced by nothing and road travel is now more hazardous than ever before. No policing on the roads is as perilous as over policing was, but so far our new authorities are turning a blind eye.

Since the 18th November 2017 when hundreds of thousands of us marched, calling for Mr Mugabe to step down, and there wasn’t a police officer in sight, we dared to believe that our constitutional rights to protest were finally being upheld. We welcomed what we thought was an end to all those violent police officers who had cowed a nation for almost four decades. Police who routinely beat protesters, threw tear gas as liberally as grain to chickens, and who used water cannons, rubber bullets and even live ammunition on Zimbabweans daring to protest.

In the past week our hopes of a new, re trained, re-educated police force were dashed in an instant when the same old violent practices were back in abundance. When authorities decreed that vendors and minibuses had to leave central business districts in Harare, deadly clashes erupted. The police used tear gas, rubber bullets and then live ammunition and the end result was inevitable. The new police head, Commissioner Matanga, said that what then transpired was “very unfortunate and regrettable.” He said: “Police officers fired shots that unfortunately killed two people and injured four others.”

A couple of days later police used tear gas and water cannons on University students in Bulawayo, who were protesting a month without lectures, and then unleashed dogs on the youngsters. Sixty nine students were arrested and Zimbabwe Lawyers for Human Rights said that when they requested that students with dog bites be released for medical treatment, it was “ a request which ZRP (police) did not entertain.”

And so, one hundred and three days since Zimbabweans found their voices and told Mr Mugabe to go, we ask: are we in the same bus with a different driver? It looks more like it every day. Until next time, thanks for reading.