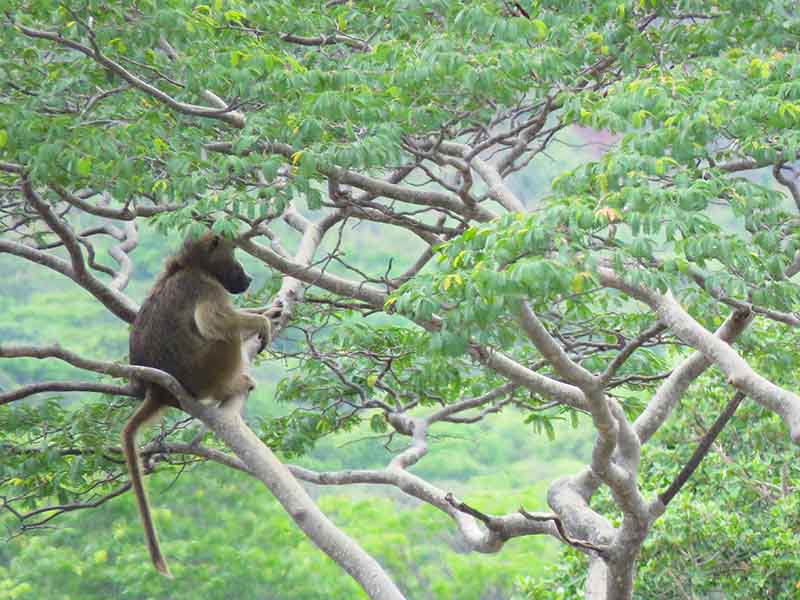 With hearts in our mouths and eyes continually checking the fuel gauge, a friend and I took a trip in Zimbabwe over what was the leanest Christmas season anyone could remember. The planning of the trip hadn’t been about what to pack, where to stay or when to go but instead it was all about fuel. Would we be able to get enough fuel to go? Would be able to travel around once we got there, and, most importantly, would be able to find fuel to get home again?

Everyone was having these same conversations this Christmas in Zimbabwe. We sat in fuel queues for four, five, six hours; put up with the political and military queue jumpers and if we could get a few extra litres into a jerry can it was a huge bonus. The closer it got to Christmas the worse the queues got, often running to many hundreds of vehicles. Long distance bus operators put their fares up by 100% saying they had to buy fuel on the black market and more and more people resigned themselves to not being able to travel to holiday destinations and rural homes for Christmas. Cancelled bookings were widespread; Zimbabwe was most certainly not open for business this Christmas.

On the road the journeys are unchanged almost four decades after independence. Women washing clothes in pools in the rivers; men ploughing fields with oxen; youngsters herding cattle on roadsides and donkey carts being used everywhere to carry supplies. Gold diggings just a few metres off the road in the stony, red earth being worked by shirtless, lean men coated in red dust. Teenagers selling huge watermelons on the roadsides, women holding out enamel bowls of wild fruits and everywhere you go people wave, smile and always make you feel welcome, despite their own circumstances.

Through town after town the picture was mostly of run-down buildings, derelict factories, thick red dust, thousands of street vendors and always we were watching for the fuel stations.  There were either bollards, chains and barricades across dry fuel stations or massive queues, grid lock traffic jams caused by queue jumpers and huge crowds clamouring with containers at the pump heads. Nearby men had set up Zimbabwe’s own pop up restaurants and were roasting mealies on open fires on the roadsides.

Finally there came the majestic, raw beauty of Zimbabwe that revives your soul and restores hope in your heart. Spectacular granite kopjes, dense valleys, deep gorges and rushing rivers. Sunbathing cormorants, hovering kingfishers and genet cats silently hunting in the night. Leguaans lying on hot rocks, hippos rising and sinking in cool rivers, vervet monkeys cavorting in the trees. A troop of baboons makes its way through the bush, tails arched, some babies holding on underneath, others riding like jockeys on their mothers’ backs, all overseen by the troop leader who sits high in the tree tops on lookout. Oh Zimbabwe, such beauty, such variety; is this the price of paradise; the price we pay for self serving politicians and decades of corruption and mis-governance?

All too soon everyday life beckoned and we were back on the road. There was only one brand, size and flavor of cold drink in the big empty fridges at a roadside shop.“I’m sorry for the price,” the young man behind the counter said, embarrassed as he rang up two drinks and two packets of crisps which cost the same as couple of bags of groceries had been in July before the disputed elections. Before the US dollars disappeared, then the imports, then the medicines, then the fuel. Now we are left with the absurd government insistence that Bond Notes and US dollars are worth the same causing a black market frenzy in which the rich get even richer and everyone else just suffers.

“How was your Christmas?” I asked the young man in the shop. “It was the worst in my life,” he said, “there was nothing to have, not even a Coke.” I commiserated, we chatted a bit and he was smiling when I left but my heart was breaking and for many kilometers down the road his words rang in my head. Six months ago, before the elections, a $250 salary in the bank was worth $250, today it is only worth $71. There are just no words to say to a generation of young Zimbabweans, born years after Independence whose ability to start a life for themselves and get away from living from hand to mouth, has yet to begin.

On the return journey and with the fuel gauge perilously close to bone dry, the chance for fuel was NIL. The queues were worse. The mayhem at fuel stations was worse. Riot police in some towns. Tempers flaring everywhere. Zimbabwe feels very much like a ticking bomb whose time is fast running down this January 2019.  Until next time, thanks for reading these letters and supporting my books about life in Zimbabwe.