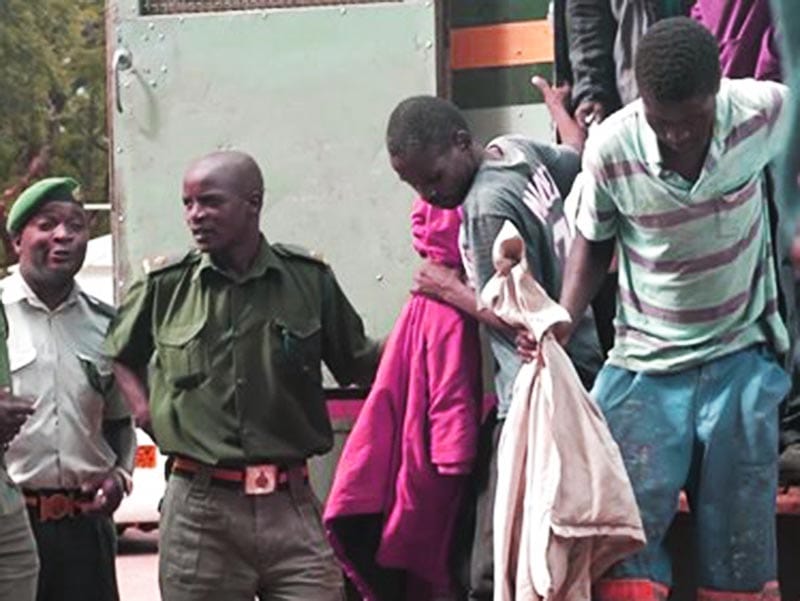 This has been one of the worst weeks in Zimbabwe for many years and has left us shocked, frightened and very uncertain about what is happening and what lies ahead for us in the coming days and weeks. I am writing this letter from Zimbabwe during a brief window in which a court order has just been granted to re-open access to the internet but not to social media sites and communication Apps. We all know this window to the world will not last.

It has been almost impossible to follow what has been going on for most of this week. On Monday, Tuesday and Wednesday it was mostly too dangerous for people to venture out of their homes. A three day stayaway called by the Congress of Trade Unions and other civic groups rapidly spiraled out of control on Monday: violent protests, burning vehicles and buildings, looting shops, barricaded roads and vigilante groups running riot in our towns and cities. Many people reported hearing gun shots, helicopters hovering and pillars of black smoke rising. On Monday and early on Tuesday many thousands of messages about what was going on and what people were seeing, flooded social media, along with horrific pictures and videos showing destruction, looting, injured and dead people and a massive crackdown by police and soldiers. By about 9.00 am on Tuesday morning the government ordered the internet to be shut down and then we were in the dark about what was going on, and so was the world. The silence of our phones and computers was very frightening. We had no way of knowing who was in trouble, who needed help, if it was safe to go out, if we’d be able to get back home if we did venture out; if our children at school were OK, if our friends in other parts of the country were OK.

By Wednesday we heard that over 600 people had been arrested including Pastor Evan Mawarire who led the This Flag movement in 2017. We still don’t know officially how many people have died in the past few days. We have heard that doctors handled 68 gunshot wounds and over 170 injuries.  There are thousands of stories and eye witness accounts that cannot be told now.

On Thursday and Friday people have ventured out, restocked as many groceries as they can find and afford and about 50% of shops are still closed. In my home town today there are riot police and armed soldiers on the streets, outside the supermarkets that are open and at the road blocks out of town. The sight of armed soldiers in our towns is very un-nerving. There are big gaps on supermarket shelves where goods have not been restocked because delivery trucks have not been coming from Harare. Vegetables and perishable goods are in short supply, there is no bread and we have not had water for a week.  During ongoing internet blackouts we are unable to use our bank cards at many outlets as they require internet connections; we cannot pay for essential services, cannot pay wages, cannot contact our families, cannot keep up with national developments.

We do not know what next week holds for us, we do not know what tomorrow holds; we do not even know if the internet will still be on by tomorrow morning.  The silencing of our voices is very chilling. Please keep Zimbabwe in your hearts, thoughts and prayers in this very frightening time in our country. I will write again when I can and thank you for reading these letters and my books about life in Zimbabwe, until next time.