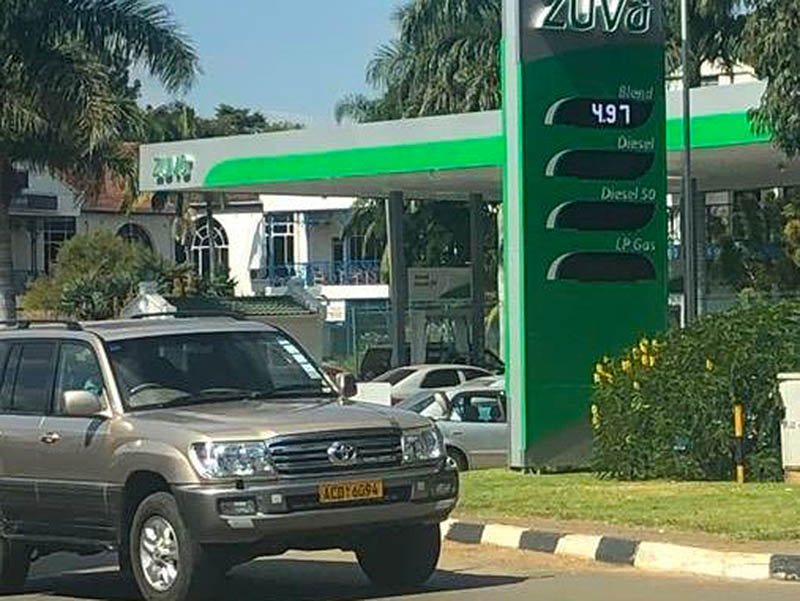 Very early in the morning, long before dawn, as the frost settles on the ground, we get out of bed the moment our eyes open in order to beat the power cuts. Kettle on, fill flasks, charge batteries, plug in phones, pots on the stove, answer emails. These are the priorities, in this order, in our lives in Zimbabwe ten months after President Mnangagwa declared Zimbabwe Open For Business. Some days there are no power cuts, other days they may last five, ten, sixteen hours. We’ve learnt not to go shopping during the long power cuts because mobile phone banking stops working, swipe machines are “down,” and the mantra everywhere: “no fuel for generators.”

Since my last Letter From Zimbabwe a fortnight ago the price of fuel has increased by another 50%. In January 2019 petrol was increased from $1.31 to $3.31 a litre and when people protested the government switched the internet off for three days and the army was unleashed on our streets, leaving a trail of abuse, death and fear in their wake. On the 21st of May the price of fuel increased to $4.97 a litre. So far no one has dared to protest, instead transport and food prices have shot up again and fuel queues have grown ever longer as rumours of another fuel increase are widespread.

The Zanu PF “New Dispensation” government’s response to this crisis and the devastating effect on the lives of all Zimbabweans is insulting to say the least. Ten days ago the Zanu PF Minister of Energy, Fortune Chasi, said Zimbabweans should become less dependent on fuel and use electric cars instead. Electric cars, we asked? Even if we could get them or had the US dollars to buy them after the government converted all our US dollar bank accounts to Bond dollar bank accounts, how exactly are we going to charge these electric cars? Must we add them to the list of priorities to do at four in the morning before the power goes off: ooops put the car on charge! This week the same Minister of Energy told us to “dump cars and buy bicycles.”

A fortnight ago the bank exchange rate between Bond notes and US dollars was 3.3 Bond to US$1. Today it is 5.26 Bond to US$1. The black market rate for US dollars today is 7.8 Bond for US$1. Every day, after we’ve gone through the electricity priorities list, the first question on our lips is: what’s the rate today?  Every day we look at our bank balances where even if the number stays the same, the buying power shrinks, and we know we won’t be able to pay our bills, buy fuel, pay fees and utilities, buy medicines and even afford basic food to the end of the month. Two weeks ago five locally grown bananas cost one dollar. Today you can only get two bananas for one dollar. Three weeks ago 1kg of locally grown carrots cost four dollars, today they cost ten dollars. How can any Zimbabwean without access to US dollars survive this? It is a question our New Dispensation Zanu PF Government are completely silent on.

Meanwhile, while our every waking moment is absorbed with survival, teachers have called for a three day strike next week, demanding they be paid in US dollars as their salaries are now worth less than $75 a month.  More human rights activists were detained this week after attending a workshop on human rights and peace building in the Maldives. Dr Rita Nyampinga and Stabile Dewa join five others detained for attending the same function in the Maldives; they are being charged with “subverting a constitutionally elected government.”  With these continued detentions, President Mnangagwa’s oft repeated statement comes to mind: “I believe deeply in freedom of speech and expression.”

Until next time, thanks for reading this letter, now in its 19th year, and for supporting my books about life in Zimbabwe.